Pertussis, also called whooping cough, is an infection of the respiratory tract caused by bacteria called Bordetella pertussis. The bacteria attach to the tiny, hair-like extensions that line the upper respiratory system, and then release toxins which cause the airways to swell. It mainly affects infants younger than 6 months old who aren’t fully protected yet by immunizations and children 11-18 years old whose immunity has begun to fade.

Pertussis causes severe coughing spells, which often end in a “whooping” sound on inspiration (when the child breathes in). It is highly contagious, and the bacteria spread via respiratory droplets, such as coughing, sneezing, or by spending a lot of time near someone’s breathing space. Infected persons are most contagious during the early stages of the illness, and for approximately up to two weeks after the cough begins. 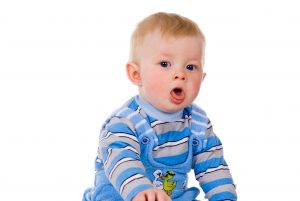 Symptoms usually appear 7 to 10 days after exposure, but symptoms can appear 4 to 21 days after a person is infected. The first symptoms of pertussis are similar to those of a common cold including runny nose, sneezing, mild cough, and low-grade fever. Approximately 1 to 2 weeks after the initial symptoms, the dry, irritating cough develops into coughing spells. During a coughing spell, a child may turn red or cyanotic (blue color). Sometimes infants don’t cough or make the whooping sound that older kids do. Infants can look as if they are gasping for breath, with a reddened face, and may actually stop breathing (referred to as apnea) for a few seconds during bad spells. Teenagers and adults may have milder or different symptoms, such as a cough that is prolonged rather than coughing spells or the cough that sounds like a whoop.

Pertussis can cause serious and sometimes deadly complications in babies and young children, especially in those who haven’t been fully vaccinated with all of the recommended pertussis vaccines. Common complications include pneumonia, middle ear infection, loss of appetite, sleep disturbance, fainting, dehydration, seizures, encephalopathy (disease of the brain), brief periods when breathing ceases, and even death.

Your healthcare provider can diagnose pertussis by doing a complete history and physical, and by obtaining a laboratory test that involves taking a sample of mucus with a swab or syringe filled with saline from the back of the throat through the nose. Pertussis can be treated with antibiotics by your healthcare provider, and early treatment is very important. If started early in the illness, your infection will become less serious, especially if started before the coughing fits begin.

The best way to prevent pertussis is with the pertussis vaccine, which is often given in combination with vaccines against two other serious illnesses, diphtheria, and tetanus. Healthcare providers recommend beginning vaccination during infancy. The vaccine schedule consists of a series of 5 injections, typically given at 2 months, 4 months, 6 months, 15 to 18 months, and 4 to 6 years. Immunity from the pertussis vaccine tends to wane by age 11, so your healthcare provider will recommend a booster of the vaccine. For adults, some of tetanus and diphtheria vaccine also includes protection against pertussis. This vaccine will reduce the risk of transmission to infants. Health experts also now recommend that pregnant women receive the pertussis vaccine between 27 and 36 weeks of gestation. This also provides some protection to the infant during the first few months of age.

Call your healthcare provider if you think your child has pertussis or has been exposed to someone with pertussis, even if your child had already received all of the scheduled vaccinations. This is especially important if your child experiences long coughing spells, especially if accompanied by skin or lips turning blue or purple, a whooping sound is noted after the cough, or your child has trouble breathing or brief periods of not breathing (apnea).

Pertussis is still common in the United States and in many other countries. Make sure your children are fully vaccinated before traveling. Additional questions should be discussed with your child’s healthcare provider.